People have always said Jeremy’s music has an unfinished charm. The album Rosetta Stone was once called “golden dust” by producer Jake Davies because it had great potential but was released raw and un-produced due to lack of funding. “TV in My Head” realizes that potential by molding a beautiful concept into a more intentional, thoughtful recording.

The result is an in-your-face, driving, indie rock song that speaks to the power of imagination through lyrics and composition. Layers of violin, dematerializing synth and Weezer style guitar riffs take an addictive melody from concept to powerful, whimsical production that stays true to Jeremy’s authentic, lo-fi indy sound.

Stream "TV in My Head" Everywhere 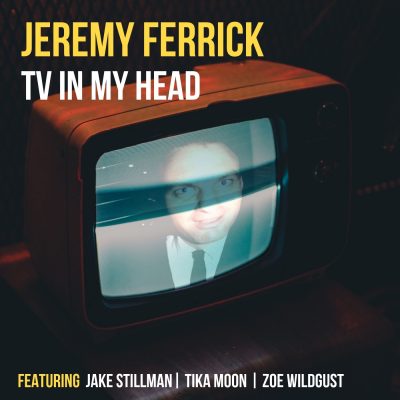